This print is about lounging around in the golden light of summer in a perfect spot by the river.
It's a two block linocut with selective inking and printing. The work is for sale. Price €165 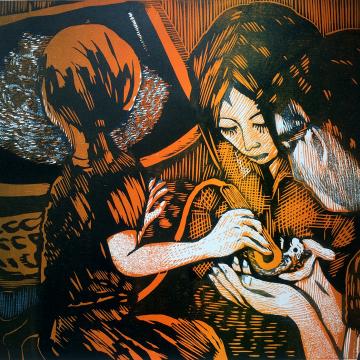 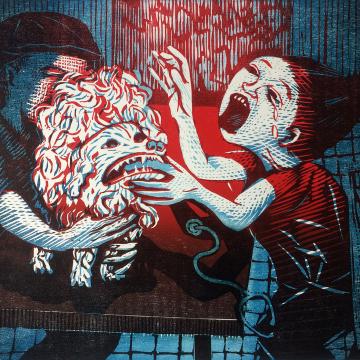 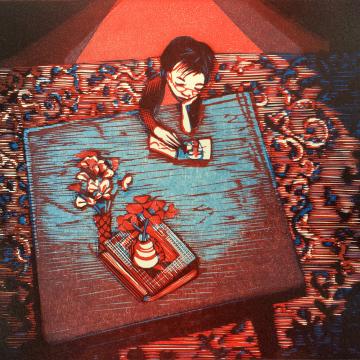 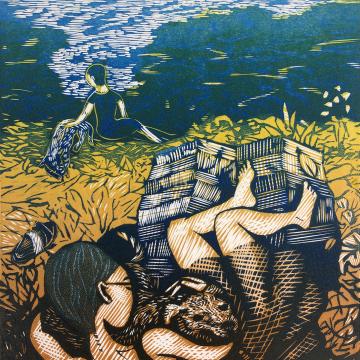 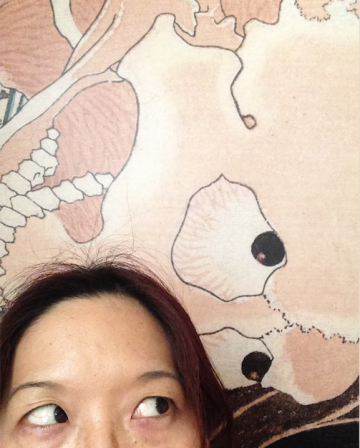