One of a series of 6 woodcuts based on self portraits.
Mes oeuvres peuvent être proposées à la vente. Prix 700€ 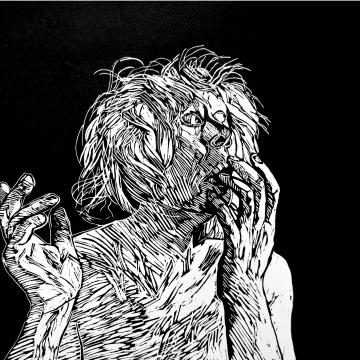 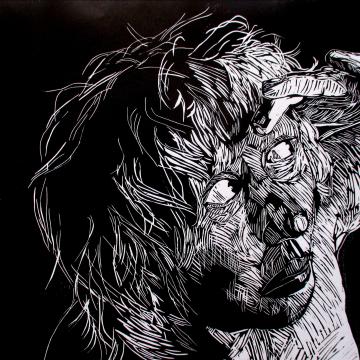 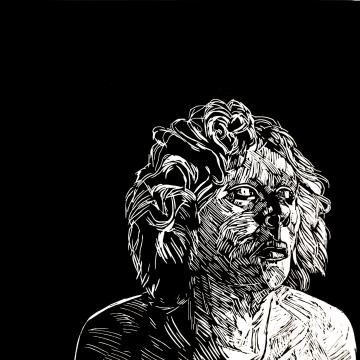 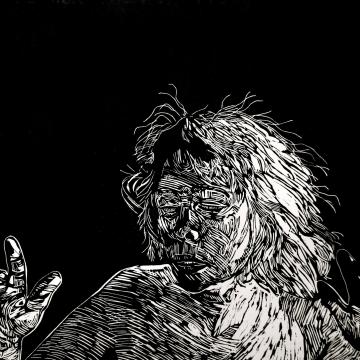 I grew up in Flanders and became an artist at an early age. I started my art education in small but ambitious country academies. Not happy with only one tuition or technique, I attended a variety of schools and colleges. The result was no diploma, but a lot of experiences from painting to sculpture, and even a little dancing and theater in Belgium, Holland, Spain and Cyprus. I ended up living and working in the South of France from 1994 onward, but kept on exhibiting and participating in contests and biennials internationally.
As an artist, my chief concern has always been the human figure in motion as if in a dance, physically and emotionally expressing experiences we all share. I try to study and isolate and then combine elements searching for significant poses and gestures, that then rendered in an oil painting, or a drawing, a woodcut or etching, of the action of a model or a dancer as they move and bend in extreme positions, almost to breaking, become near abstract forms. The last decade has been filled with successive creations of series based on the body in motion, self-portraits, nudes and even bog people. But beside that I include landscapes, the nature surrounding me here in the south of France or urban landscapes I captured during my voyages.