Bracchitta is a visionary artist. The objects of his imaginary are invested with ambiguous symbolic connotations: the bowl is a container, the home is a container, form of an expectancy; it may still be whole, and thus succeeds in containing, and in reassuring, like a mother giving birth; or it may be in bad shape, time-worn and cracked, like a dead mother who can no longer give life; the vase full of earth nourishes the offshoots, the slender stems of a plant; the deep, dark, mysterious recesses are hiding-places, scenes of temptation, of discoveries, of acceptance and fertilisation, unknown territories of the memory … ; a chair is a waiting-place, a resting-place, the place of an event which may take place; the calla, a sensuous flower with its white calyx and its yellow pistil, alludes to the male-female opposition.
His colours are often reminiscent of autumn, a period of melancholy and reflection. But his approach is not one of consolation. The calligraphically seductive image is traversed by blades of blue and black, sharp lines, smears, indicating conflicts, tensions, tragedies, contradictions of our existence and our daily life. 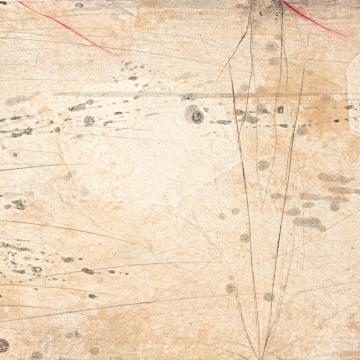 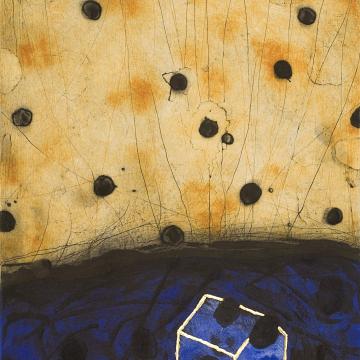 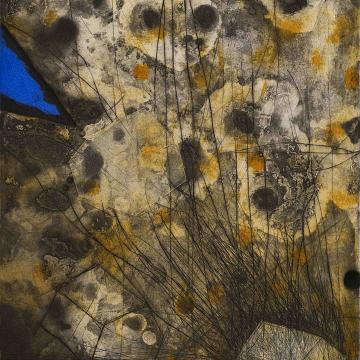 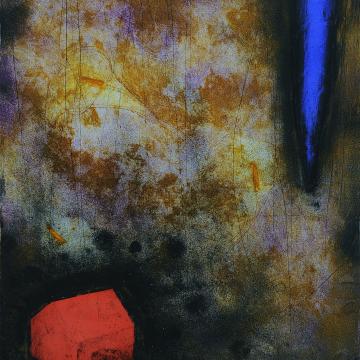 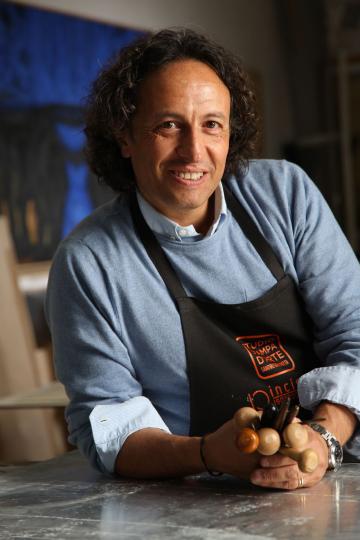