Ombú means shade in Guaraní.
The old Ombú grew big, huge, by the sea, for hundreds of years offering its beautiful shade to my people.
One day, the winds from the East and the mismanagement from our rulers conspired to end its life.
For days, I collected what was left from its surroundings, pieces of wood from its core covered by sand.
Once in my atelier, I started a crazy dialogue with those salvaged pieces. Each one was part of the beings that inhabited inside, a large family I didn’t know.
It was time to draw each one of them. I was ready to reveal the secret of the old Ombú. 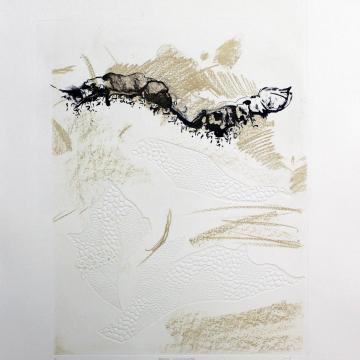 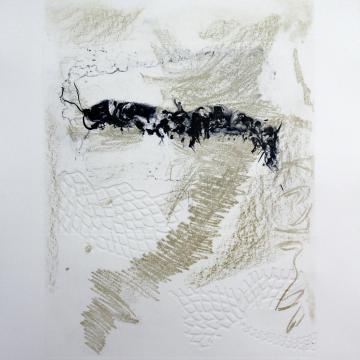 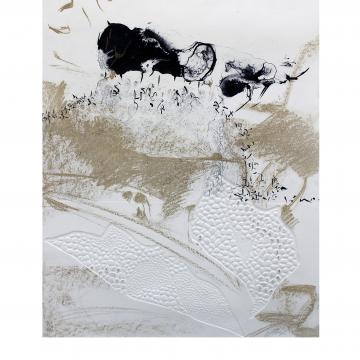 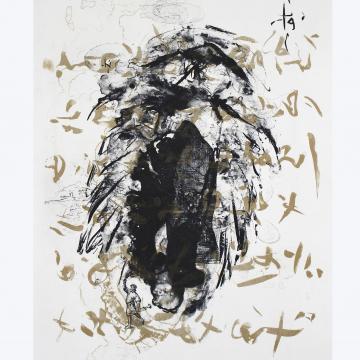 Bárbara Shunyí was born in 1966 in Cádiz, Spain, but it was in Seville where she studied Fine Arts at the University. At the end of the eighties she moved to Berlin. Later, at the beginning of this century, she moved to Edinburgh to join the Edinburgh Printmakers Workshop and to extend his studies at Grafisk Eksperimentarium. Copenhagen. Denmark.

Shunyí has exhibited in galleries around the world. Tireless traveler, she was caught by the art and traditions of the East a long time ago. In 2007 she was living in Beijing, at the NYARTSBeijing residence in New York, invited by the Massachusetts College of Art and Design in Boston.

From Beijing, Barbara Shunyí brought her suitcase full of experiences and a notebook full of notes. As a result, in 2008 he received the Prize for Plastic Arts for his work inspired by the East. The illustrated gathering of Madrid.

The work of this author places us in the great artistic approaches that the graphic work provides and that she develops with all the rigor and enthusiasm that this artistic modality demands. The etchings appears to us in varied techniques where the oriental and the western juxtapose their frontiers in an exercise of wise references.

Her works are made in non-toxic contemporary etching, technique in which she is an expert and a master.

Shunyí receives the national printmaking prize in 1998 at the VI "National Printmaking Awards". Museum of Contemporary Spanish Printmaking of Marbella.

Currently, Barbara Shunyí lives and works between Madrid and Cádiz.