This is a multi-plate color etching using the color separation technique. I use four plates in these colors: red, yellow, blue and black.
The techniques on each plate include: line etching, soft ground, aquatint and engraving. The diverse array of colors is the result of the length of time in the acid, scraping and burnishing, and the overlapping of the plates when printing. 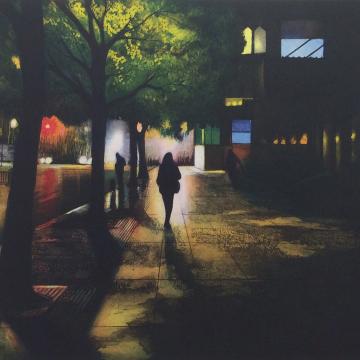 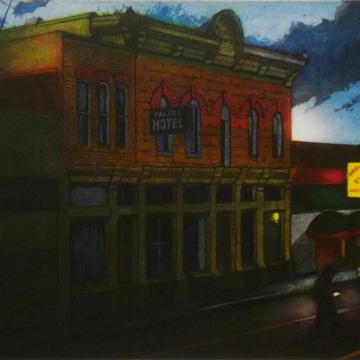 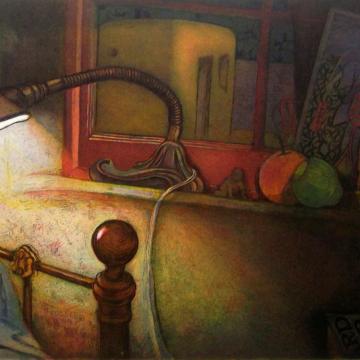 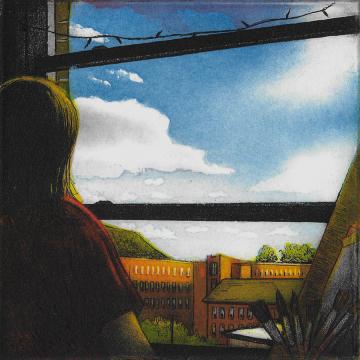 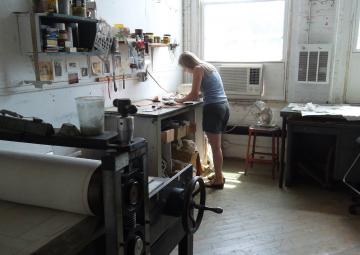 Mary Teichman graduated from the Cooper Union School of Art in New York in 1976. Her work has been included in more than 250 national and international invitational and juried exhibitions, including The Brooklyn Museum's 22nd National Print Exhibition; Associated American Artist's New Talent in Printmaking in NYC; The National Original Print Exhibition in London, England; Crossings and Transpositions, at the Guangzhou Fine Art Academy Museum, Guangzhou, China; The Taiwan International Invitational Exhibit; and The 163rd Exhibition at the National Academy of Design in NYC. Her etchings are in the permanent collections of the Brooklyn Musuem, The Boston Athenaeum, The Guangzhou Fine Art Academy Museum, The New York Public Library and the Museum of the City of New York, among others. She is active in The Boston Printmakers and the Society of American Graphic Artists, as well as the Printmaker's Network of Southern New England. She is the recipient of the Society of American Graphic Artists 2019 award for outstanding contributions to the world of fine art printmaking.