The hand rocked copper-plate mezzotint was printed by the artist on 300 gm Hahnemuhle paper, plate size 37 x 50 cm.
This collection of shells, brought back by a friend from New Caledonia, was engraved directly from life onto the plate. 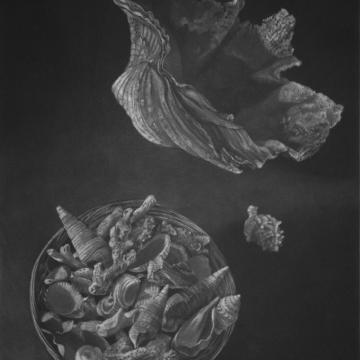 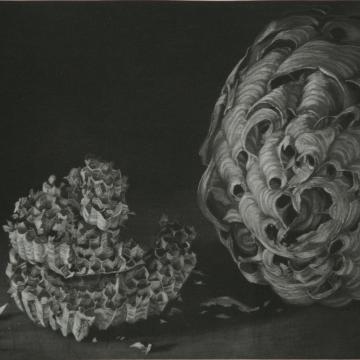 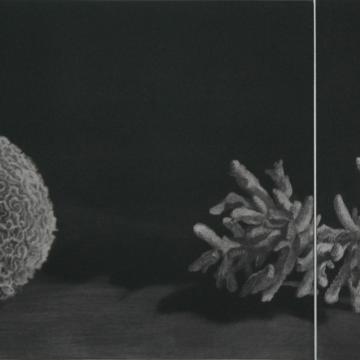 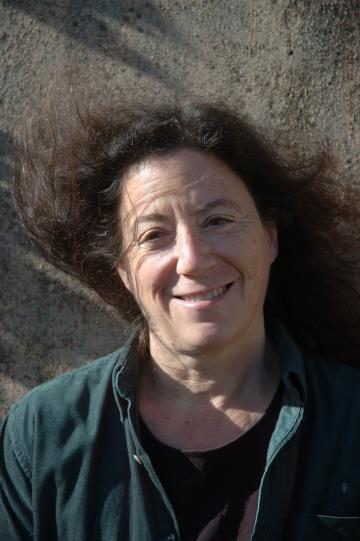 Judith Rothchild received a BFA from the Rhode Island School of Design (USA) in 1972. She then attended the Akademie fur Angewandte Kunst in Vienna before establishing her residence in the south of France. For thirty five years she worked principally in pastel, showing in France, Switzerland and Great Britain with nine one-person shows at the Francis Kyle Gallery in London.
In 1996 she started working in mezzotint and making artist's books. Her prints and books, published under the name of Editions Verdigris have been shown and collected internationally. She is an elected member of the Société des Peintres-Graveurs Français and has won prizes from the Fondation Taylor and the Académie des Beaux Arts in Paris.