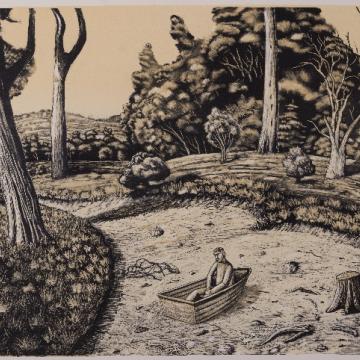 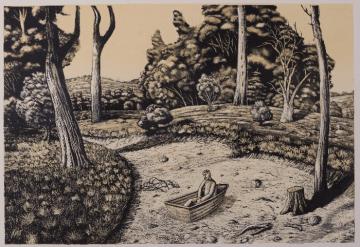 David Frazer has held over 40 solo exhibitions in Australia, London and China. In 2007 he was the major prize winner of the 1st International Print Biennial in Guanlan China. In 2004 he won the Broken Hill Outback Art Prize. In 2013 he won the Acquisitive award at the Silk Cut Award for Linocuts and won the peoples choice award at the Fremantle Print Award as well as a high commendation. In that same year he won the peoples choice award at the Hutchins Art Prize in Tasmania. In 2014 he won an honourable mention at the International Print Biennial Exhibit held at the National Taiwan Museum of Fine Art. In 2007 the ABC produced a documentary on Frazer as part of the “Artist at Work” series.